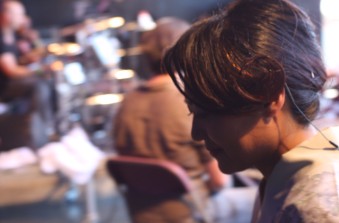 Keiko was born in an area of Hiroshima prefecture known for producing high quality Japanese traditional instruments and instrumentalists.

She has performed live in concert and studio (BBC Radio 3) with Jah Wobble's Nippon Dub Ensemble, Anglo-Japanese crossover project and has featured at charity concerts for the Tohoku earthquake and tsunami disaster.

Keiko has lived in the UK for over 15 years and was a leading member of the Japanese Music Society based at SOAS (School of Oriental and African Studies), University of London. As part of her continuing relationship with SOAS, she has also taught koto and shamisen at the European Shakuhachi Society Summer School.

She has also performed at the London Olympic in the BT River of Music Asia Stage and EFG London Jazz Festival 2013, as one of the members of Arun Ghosh's Arkestra Makara featuring musicians from across South & South East Asia. She was an award winner for her koto composition at Michio Miyagi memorial Contest 2014 in  Japan.